How to select a Server Jar or Modpack

Support Portal  »  Knowledgebase  »  Viewing Article
Print
This guide can hopefully help you understand what the Different Server versions do, how to set up your own custom jar file, and what we recommend that you run on your service to get the best performance.

The JAR Selector on our Panel can be intimidating as there are lots of options we offer. We will break down the main options for you and explain what they do, how they operate and what might be best for you. The options that we list in our Selector are as follows. 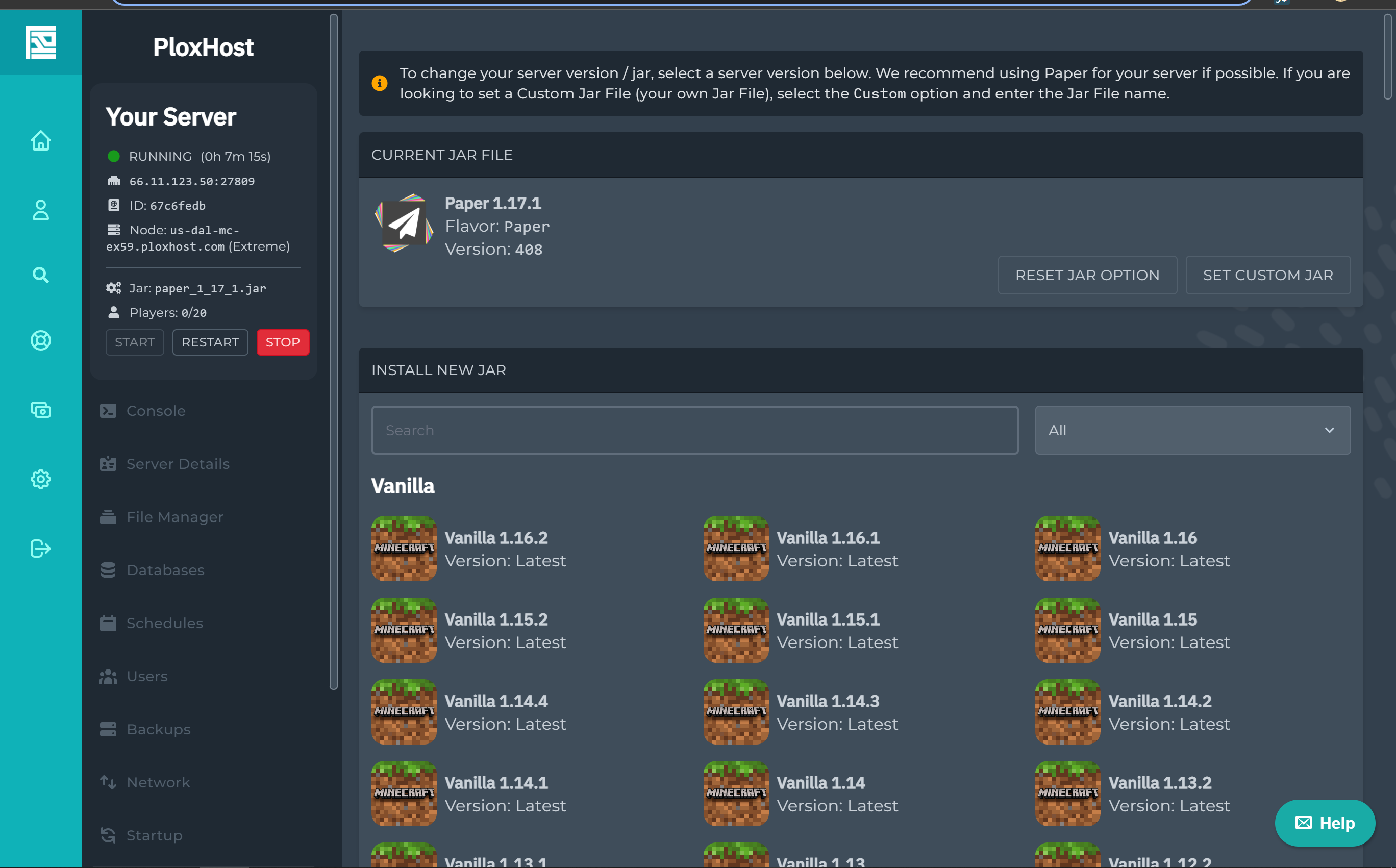 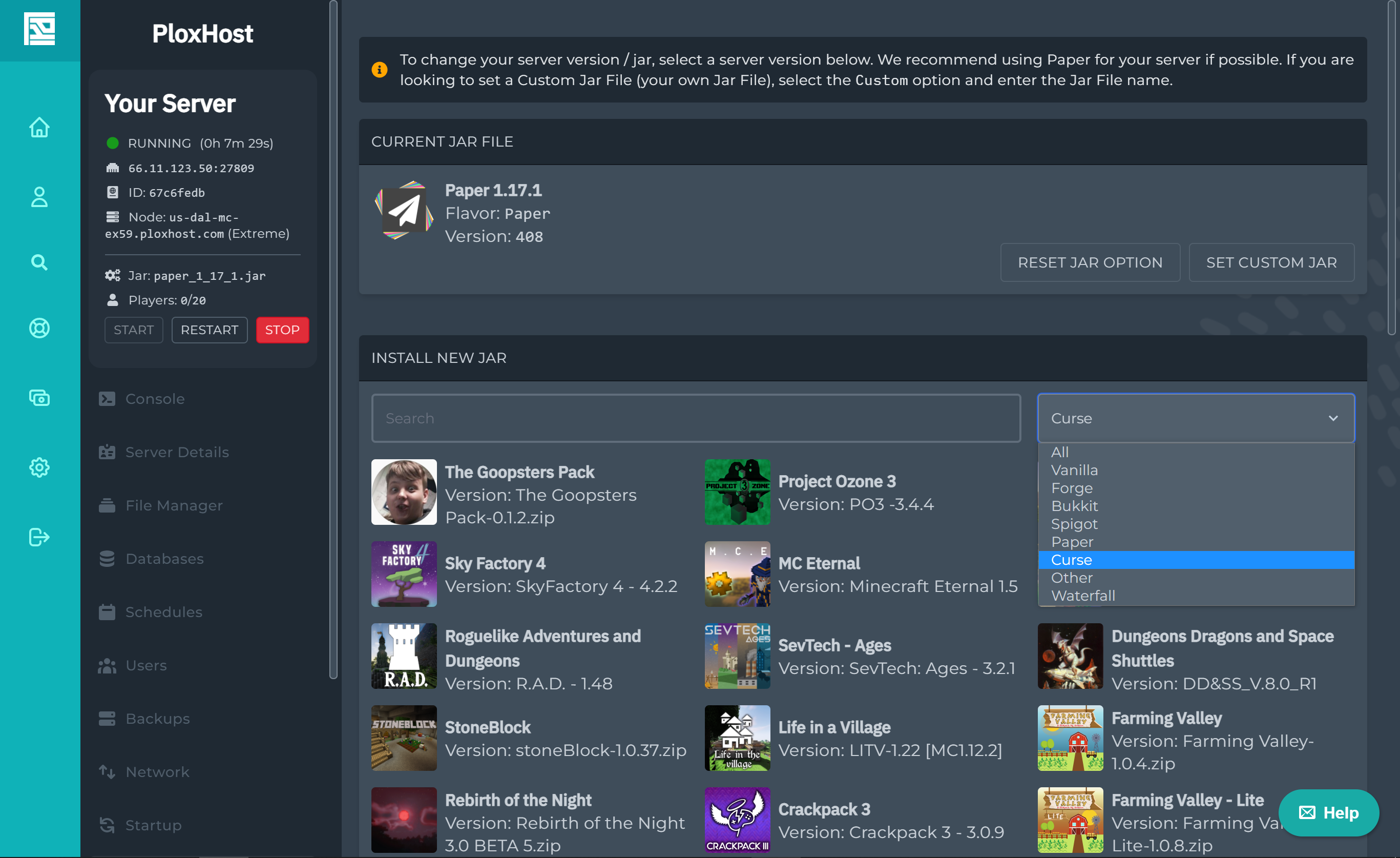 Vanilla versions are un-altered and don't allow for any modification or changes this means you would not be able to run any plugins.

CraftBukkit
CraftBukkit runs what is known as the Bukkit API which adds support to the game for Multiplayer and plugins. This is currently maintained and supported by the developers of Spigot who use the Bukkit API and add their own Spigot API to the server.

All Bukkit Plugins should run on Spigot servers as they both utilize the same API, however, Spigot plugins will not run on Bukkit Servers.

Spigot
Spigot is the most commonly used Multiplayer version of Minecraft, This version supports modification and plugins, For example, if you wanted to add a plugin to teleport from one player to another, you would likely use this version. Spigot has a website where developers publish plugins that can be used for these versions https://spigotmc.com

PaperSpigot
This is currently the version that we recommend that you use and run on your server, Paper is a performance optimized fork of Spigot. Paper introduces async chunk loading, which can benefit in many areas. This gives the client a better experience when using and playing on the server.

All Spigot and Bukkit plugins should work on PaperSpigot.

BungeeCord
BungeeCord is a version created by Spigot that allows you to connect multiple servers together, these servers can run Spigot, CraftBukkit, PaperSpigot or some other version, We have a helpful video setting up BungeeCord How to setup a bungeecord network.

Please note that BungeeCord needs it's own server to run. Typically this doesn't need to be anything more than 1GB of RAM as this is not an intense server version.

Nukkit
Nukkit is a version that was created to give Multiplayer server support to Minecraft: Pocket Edition players, This version does support plugins, however, the plugins that it will run have to be developed by Nukkit.

Forge
Forge is available for customers wanting to run mods/modpacks as they wish! Forge is designed for players to install and run mods.

We allow users to use their own JAR file if we don't supply one that serves your purposes or needs. This simply requires you to upload the JAR to the base directory of your server, then put its name in the text field below our JAR Selector. You can find a more in-depth tutorial on this How to select a custom jar.
Share via
Thank you for your feedback on this article.